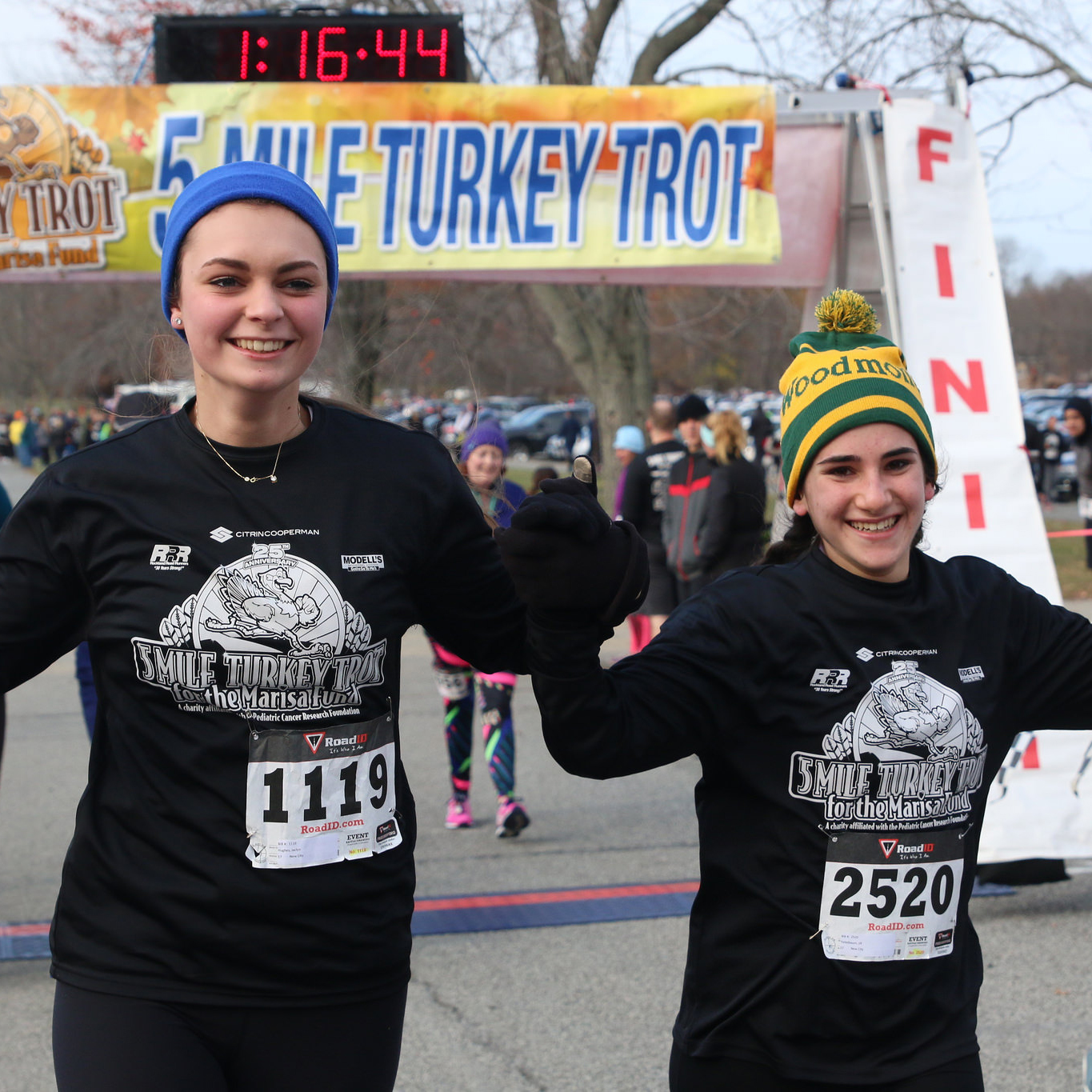 David Goldwasser announced the results of the 2016 – 5 Mile Turkey Trot for The Marisa Fund.  An impressive dollar amount of $84,000 for charity was raised by the event!  The Marisa Fund received $64,000; $7,500 was contributed to two separate local non-profit scholarship funds; People to People received $7,000.  The Salvation Army and Local Ambulance Corps were also benefactors.

The $7,000 donation to the People to People Food Pantry converts into $40,000+ at the regional food bank.  We also collected over 800 lbs of non-perishable food.  There were 3,600 registered runners for the Event (a new record for the second consecutive year)!

We gratefully appreciate all the help from our sponsors, volunteers, runners and walkers!  You all helped us do so much good for those in need.

Stay up to date on research, fundraising events, news and community updates!